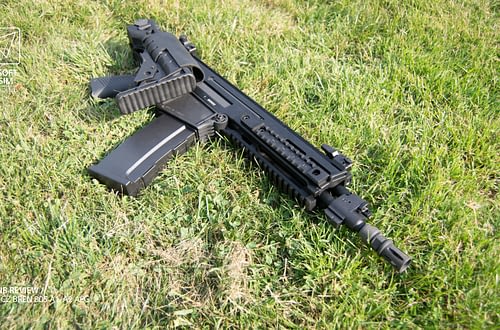 ASG have previously released the CZ Scorpion EVO A3 with much success followed by not only the CZ P09 but the CZ SP01 Shadow as well. Now comes the CZ Bren 805 A1/A2 in both short and long variants. It is a pity that the CZ Bren 805 did not get the same PTW-esque treatment as the EVO A3, however it did seem to get the same external treatment in regards to how closely it resembles the real counterpart. 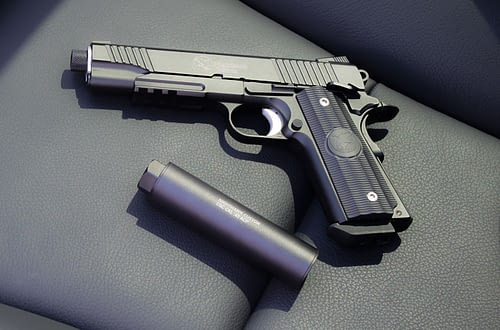 The Nighthawk Covert Ops pistol is the latest revision from the Nighthawk Recon version, however there are a few little changes that have been made since the last model. Unfortunately we have not had the ability to review the Nighthawk Recon and hence will not be able to provide a comparison of the different versions in this review.

The ASG (Action Sports Games) licensed P-09 Duty is OEM manufactured by KJ Works who are well known for making GBB and GBBR airsoft products over the past few years. It has been a while since KJ Works has brought a new pistol into the market and having the CZ P-09 as a new addition, has been a pretty original choice considering it hasn’t featured in many media streams as of late.

The Remington M40 is a bolt action sniper rifle which was co-developed and adopted by the USMC. A rifle that chambers the 7.62 NATO caliber round, the M40A3 variant was developed to be used by Marine snipers with a match grade barrel. Unfortunately this rifle was succeeded by the M40A5 in 2009, but with the McMillan stock, the M40A3 has little difference to that of the M40A5. The ASG licensed VFC M40A3 is very much a cool representation of that rifle.

The WE XDm is one of the newest range of GBB pistols from WE-Tech, and hence has been one of the first pistols to have shown more promise than the previous range of GBB pistols manufactured by WE. The pistol looks like a direct copy of the real steel variant with some slight differences of which would only prove to be either aesthetic or functional in a real steel pistol (the chamber indicator on the top of the slide).

An AEG that functions like a PTW but isn’t a PTW. ASG have set a standard for manufacturers and that’s not all. Using the original molds of a real firearm and liaising with third parties to accomplish better internals. This is what makes good products… or is it?

Before you start looking at these pictures and try to assess whether you have seen a real world variant of this gun, let me just stop you in your tracks and tell you that this is not a direct replica of a Real Steel firearm.