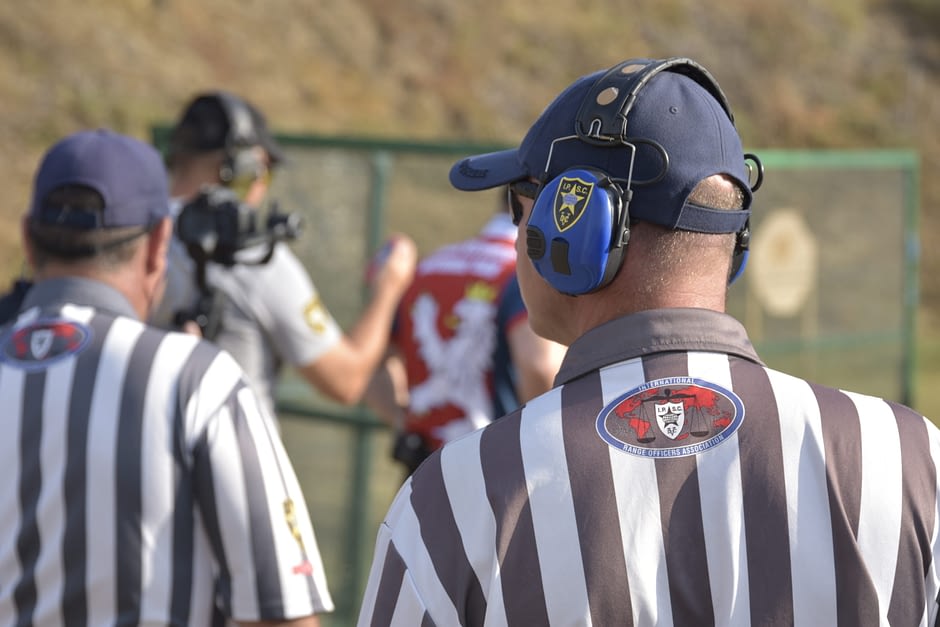 IPSC maintains its safety and ability to work across multiple regions of language by using one universal language. All regions within the IPSC are dictated to use the same commands in English, regardless of their native tongue. This allows for visiting regions to know and listen to the same commands regardless of the range officer or the competitor.

The most important command that needs to be listened to for safety is the word “STOP”. The range officer is responsible for maintaining safety, the use of the word “STOP” will occur when a range officer needs the competitor to stop doing whatever they are doing. This could be because of a problem with the stage, or to maintain safety at the moment of a safety infraction.

Also known as “Make Ready” when a stage’s ready condition dictates the firearm to start completely unloaded. This command signifies the start of a course of fire and is the one command that allows the competitor to unholster/prime their firearm.

The competitor will ready their firearm based on the stage briefing and move to their start position for the stage. Once the competitor is ready and is wearing the necessary eye and ear protection, the range officer will move on to the next command.

Violating this command by moving away from the start position and/or stalling could lead to unsportmanlike conduct under the rules.

If the competitor is hard of hearing or the environment calls for it, the range officer may support the verbal command with three taps to the weak shoulder.

If the competitor is hard of hearing or the environment calls for it, the range officer may support the verbal command with two taps to the weak shoulder, followed by one tap when the start signal goes off.

“If You Are Finished, Unload and Show Clear”

In some circumstances, “Unload and Show Clear” is used instead for when a stage needs to be abruptly made clear without the competitor finishing the course of fire.

“If Clear, Hammer Down, Holster”

This is the last command that declares the stage as safe and ready for range crew to set afoot in. The command is only given once the range officer knows the firearm has been secured, this is either when the competitor has let go of a holstered firearm or the firearm has been secured and is facing a safe direction. After this command is given, the course of fire is scored and reset for the next competitor to start the course of fire.